Vancouver, BC - Langara College’s Beyond 49 campaign, a celebration of Langara’s 49 years on West 49th Ave., has raised $2.9M for student scholarships and important College initiatives. The campaign, which officially closes today, created 83 new awards and funded 25 new projects over $5,000 in value with the help of 1,100 donors.

“Over the last 18 months, our community has come together in so many ways to support Beyond 49, providing new opportunities and valuable resources for our students for years to come,” said Dr. Lane Trotter, President and CEO, Langara College. “Through the generosity of our donors, we’ve far exceeded our goal. It’s been a privilege to connect with our students, 49 Langarans, faculty, alumni, and of course, our donors. We’ve strengthened the College for years to come with a variety of new programs, improved facilities, and additional financial aid for students.”

Projects funded by Beyond 49 support all areas of the College. For example, over $160,000 was raised to implement the Indigenous Upgrading Program, run by Langara in the community at Musqueam. The program provides an upgrading curriculum that facilitates the successful transition to post-secondary studies of students who have yet to complete their high school education. Another $125,000 was raised for computer equipment and software licenses for the College’s new geographic information systems lab.

Unique initiatives allowed donors to pick and choose projects to support. Those concerned with sustainability and the environment could donate to the purchase and installation of solar panels. Students in the Sustainability Club helped raise the funds to purchasing the panels, and were assisted with the installation.

Beyond 49 launched in October 2018 bringing students, alumni, and current and retired employees together. It is a celebration of Langara’s history, an opportunity to recognize and reconnect with Langarans, and aimed to raise $2.5 million for student scholarships, bursaries, and College initiatives. It also marked the College’s 25th anniversary as an independent public college.

“We’re overwhelmed by the generosity shown by our donors throughout this campaign,” said Moira Gookstetter, Executive Director, Langara College Foundation. “The funds raised have come from a variety of sources: donations from individuals, foundations and businesses, corporate sponsorship of events, and through appeals for special initiatives such as Giving Tuesday. Nearly 70% of our donors during the campaign made their first gift to the College.  We’re excited to continue building on this legacy of giving in support of our students.”

Beyond 49 included three signature events over the last 18 months. In October 2018, the campaign launched with a walk led by the Coastal Wolfpack drummers from the Musqueam First Nation. Over 150 students, staff, faculty, alumni, retirees, and local dignitaries walked from Cambie St. and West 41st Ave. to the Langara campus on West 49th Ave. The walk was an homage to 1970’s ‘Great Trek’ in which original Langarans walked from the old VCC King Edward Centre on West 12th Ave. and Oak St. to the College’s current location. The walk was followed by a campus-wide pep rally attended by students, alumni, staff, and members of the community.

In June 2019, the College held Community Day presented by RBC Royal Bank, the largest event in our history. The block-party-style event featured music, interactive games, food trucks, workshops, lectures, class reunions, and entertainment. And last November, the College honoured 49 Langarans, the change-makers, founders, and visionaries who have had an impact at Langara and in our community over the past 49 years.

“Beyond 49 has provided new opportunities, inside and outside of the classroom, for myself and my peers,” said Lucy Morrow, a third-year Bachelor of Business Administration student who also acted as a Beyond 49 Ambassador for the campaign. “I’m proud to have been a part of the campaign and the positive legacy it will provide for students to come. It’s been an exciting time in the College’s history, and I look forward to being a proud Langaran long after I leave the campus.”

About snəw̓eyəɬ leləm̓ Langara College
Located in beautiful Vancouver, B.C., Canada, snəw̓eyəɬ leləm̓ Langara College provides University, Career, and Continuing Studies education to more than 23,000 students annually. With more than 1,700 courses and 130 programs, Langara’s expansive academic breadth and depth allows students of all ages, backgrounds, and life stages to choose their own educational path. Langara is also known as snəw̓eyəɬ leləm̓, a name given to it by the Musqueam people on whose unceded traditional territory the College is located. 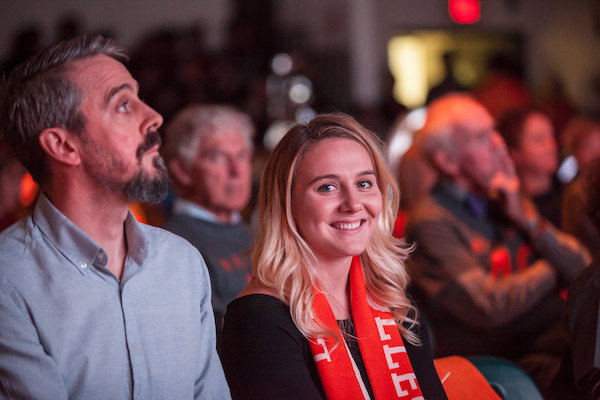